Do you have a stuffy nose, swelling around your cheeks, and a high temperature that you can’t get rid of?

Sinusitis (swelling of the sinuses) can affect people of any age. It can be very painful and can make you feel stuffy.

The lining of the sinuses secretes mucus. This mucus is usually excreted through the nose and throat. But if your sinus lining becomes swollen due to an infection or allergy, it can cause a blockage and the mucus cannot drain.

Most people with sinusitis do not need to see a doctor. The condition is usually caused by a viral infection that goes away on its own.

When you have sinusitis, your symptoms usually go away within two to three weeks and you can take care of yourself at home. But if the runny nose does not go away for a long period, you need to seek medical help.

The use of devices of the Lanta series allows you to relieve symptoms after the first session of therapy, and to completely solve the problem, it is enough to undergo a course of therapy for at least 5 days.

Diagnostics and treatment of sinusitis at MC Altimed

Can chronic sinusitis be cured? Of course it is possible and even necessary. Especially if it can be done painlessly, without medication, and effectively.

Before starting therapy, we carry out a thorough diagnosis, identifying all latent diseases, assessing the state of the immune system, processes in tissues. And most importantly, we find the root cause in order to further eliminate not only the symptoms, but also completely cure the disease.

Our methods are functional screening and ATM Express Vega. These are modern devices that help to obtain fast and accurate results, while the examination is carried out non-invasively.

The obtained results are studied by a specialist and prescribes a course of therapy using our equipment. You can undergo treatment both in a clinic in Kiev and at home, the result will be equally effective.

There are 4 types of sinusitis: acute, subacute, chronic, and recurrent. 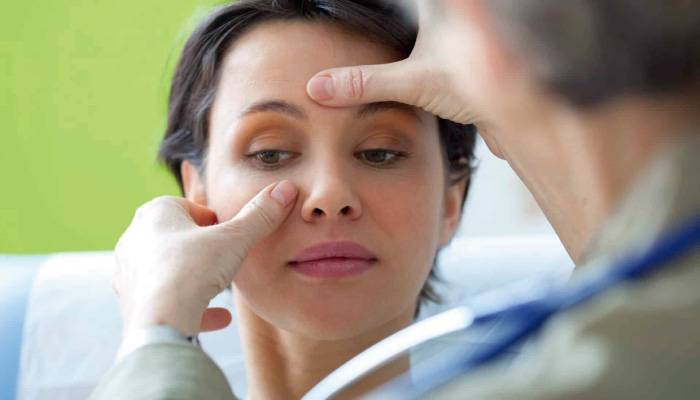 Acute sinusitis describes the sudden onset of cold symptoms that include nasal congestion and facial pain that usually last no longer than a week but can last up to 3 weeks.

Subacute sinusitis defines an infection that lasts more than 1 month but less than 3 months.

Chronic sinusitis, also known as chronic rhinosinusitis, describes a condition in which symptoms last for more than 3 months.

Recurrent sinusitis is when a person experiences several attacks during the year.

Symptoms of facial pain, purulent nasal discharge that last longer than a week and do not respond to over-the-counter medications are most likely a bacterial sinus infection. When sinusitis is acute, the symptoms are usually more severe.

If you continue to develop any of the following symptoms, seek medical attention. They can indicate complications of a sinus infection, which, although rare, can lead to much more serious infections, such as meningitis, orbital cellulitis, or a brain abscess. 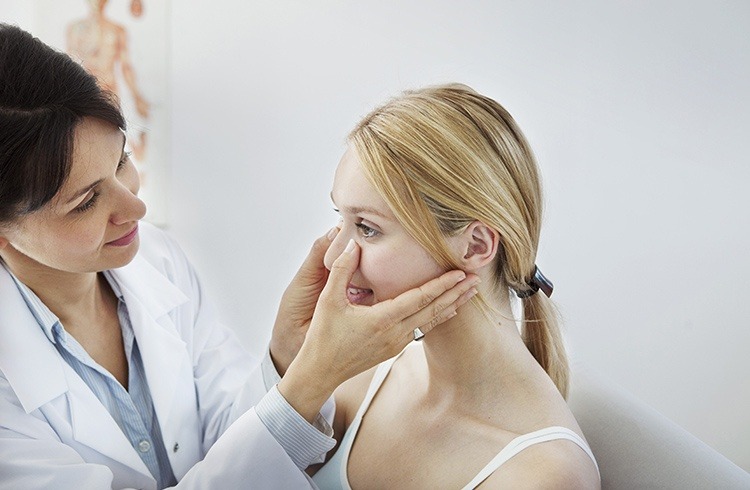 A sinus infection can be caused by anything that interferes with the flow of air to the sinuses and the flow of mucus from the sinuses. Colds, flu, allergies, and irritants such as cigarette smoke can cause swelling of the mucous membranes and block the openings of the sinuses. Blocked sinuses create an environment for viruses, bacteria, and fungi to grow in the sinus cavity.

Fungal sinusitis is very rare. This infection, also known as zygomycosis or mucormycosis, is caused by the inhalation of fungi from soil or water. Within a few days, fungi can grow and cut off blood supply to tissues, most often the nose and eyes. These infections are very serious and can be fatal and require urgent medical attention.

What are the risk factors?

There are a number of factors that can make you more susceptible to sinusitis:

Common factors that contribute to the development of sinusitis in children are allergies, kindergarten or school diagnoses, pacifiers, drinking from a bottle while lying down, and cigarette smoke in the environment.

The most common contributors to infection in adults are smoking and viral infections. Other less common factors are bacterial infections, environmental pollution, and allergies. Sometimes an infected tooth can cause sinus inflammation.

Acute bacterial sinusitis in adults is most often manifested by nasal congestion for more than 7 days, purulent rhinorrhea, postnasal leakage, facial pain and pressure, alone or with concomitant reflected pain in the ears and teeth. A cough may occur, often worse at night. Children with acute sinusitis may not be able to transmit a history of post-nasal drainage or headaches, so coughing and rhinorrhea are the most common symptoms. Other symptoms may include fever, nausea and fatigue, impaired smell and taste, and bad breath.

If you have signs of sinusitis, it is recommended that you immediately contact a specialist for a timely diagnosis and prescription of a course of therapy.

Chronic sinusitis can cause more subtle symptoms that persist for months. Nasal congestion and post-nasal drainage are the most common symptoms of sinusitis. Chronic cough that gets worse at night or when waking in the morning is also a commonly described symptom of chronic sinusitis. Clinical signs may be subtle and less pronounced than in acute sinusitis, unless the patient has an acute exacerbation of sinusitis. In very rare cases, sinus inflammation may occur without a runny nose.

How is the treatment of sinusitis at Altimed MC?

We treat purulent sinusitis, acute, chronic and any other with our Lanta series of devices. This is a bioresonance therapy that reduces the impact of pathogenic microorganisms. This is an effective method that brings quick results, eliminating symptoms and, at the end of the course, getting rid of the disease.

Treatment can take place in a hospital, or buy yourself a device at home and use it as directed. By the way, it can be used to treat many other diseases by setting the appropriate regimen.

Why is it worth choosing MC Altimed for treatment of sinusitis?

A modern approach to the treatment of many diseases is our mission. We offer you effective methods that guarantee results, in contrast to medications, the action of which is unpredictable.

Each patient has an individual approach, prescribing treatment based on diagnosis.

Newer Staphylococcal infection
Back to list
Older Lack of melatonin

What clients say about us

I express my gratitude to the team of Altimed. I want to express my deep gratitude to you for your tremendous help, for your responsiveness, for the quality treatment, for the medical ethics and for the professionalism in your field. Thank you Elena Ivanovna for your endless kindness and warm attitude. Thank you Irina Valentinovna for helping me solve my problem with my arm and shoulder. I wish you all the best and only grateful patients.
I turned to Altimed in the summer of 2020, with my mother. Problems like all older people - high blood pressure, swelling, dizziness, arthritis. Vision deteriorated, noise in the ears. She drank so many pills that it was possible to replace a normal diet. She completed a course of 10 sessions, a month later another one. I didn’t believe it - the portion of medicines was halved (!!!), sleep improved, swelling subsided. The pressure stopped dropping.
I found out about the center on the Internet. I was interested in an unusual type of diagnostic food test and its price is lower than in other centers. As it turned out, the test was not by blood, but by hardware, without pain. On the same day I received the result and a consultation with a doctor. I try to eat on it, I test it so to speak. About the results a little later.
Hello dear Altimed. Finally got around to writing to you. I want to express my deep gratitude for your help with health, you are just really my last hope. Thanks to bioresonance, I walk normally again without pain, my temperature does not rise. Thanks Dr. Lyudmila, health
Sidebar

Enter your name and phone number and we’ll call you back!

×
Do you want to order a product?

Enter your name and phone number and we will call you back!